Our Hilary 2013 event – ‘Conflict and Charisma’ – got off to a positive start with a steady stream of people, from a range of different backgrounds, filing into the somewhat cramped St. Peter’s College room. In addition to our crowd of regular members, there were a number of new faces at this event (many of them from WildCRU) who had come along to hear about some of the issues surrounding the conservation of charismatic mammals and the international issue of human-wildlife conflict.

Dr Catherine Hill, a reader in Anthropology at Oxford Brookes University, started off the evening with a discussion on the fairly widespread conflict between humans and crop-raiding animals around the world. She focused mainly on primates, looking at how their high intelligence often increases our negative attitudes towards them and giving instances in which we have been able to overcome this conflict.

This interesting discussion was then followed by a talk from Alex Braczkowski, a particularly passionate Postgraduate Diploma Student from WildCRU. Most of his work has focused on the Leopard populations of South Africa and how we can apply research to successfully conserve such charismatic species. He talked about the issues that many farmers have with loss of livestock to large cats and gave us some examples of simple new strategies such as protective collars and well-trained dogs which can be employed to protect livestock and minimize farmer’s losses.  He explained that leopards have been shown to preferentially choose alternative prey such bushbuck if it is available and will only resort to killing livestock when alternative prey is not available in sufficient numbers.  This finding suggests that conserving natural wildlife on a farm may actually help farmers to minimize their losses – an all-round positive outcome. 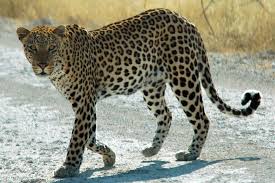 Unfortunately, Maan Barua from the School of Geography and the Environment, who was going to talk about human elephant conflict in India and how social perceptions shape potential solutions, was unable to make the event. However, the two speakers who were present ensured that the evening was nevertheless a great success.

Those attending the event agreed that it had been a particularly interesting insight into the on-going issue of human-wildlife conflict and gave a realistic but optimistic view on how we might go about eventually resolving many of these conflicts.

View all posts by oxfordnatureconservationsociety